Happy Summer, Moinkers! Since we launched last year, you’ve heard a lot from our Head Hen, Lucinda Cramsey, and the other awesome females that make up our team. There’s our Farm Paparazzi and Field Trip Coordinator, Lacey, our Healthy Hen, JoAnna, our Marketing Maven, Christy, and a few other rockstar women who help run the coolest company on the planet (Don’t worry, we’ll introduce them all!).

But you don’t hear much from our Co-Founder, Adam Cramsey, who works behind the scenes to get boxes full of exceptional-tasting ethical meat into our customers’ hands every week. Not to mention he’s the best hog farmer around, in our slightly biased opinion! Adam is the strong, silent type, but he plays a very important role in leading our growing army of tender-hearted carnivores, and we think it’s time you got to know him a little better! 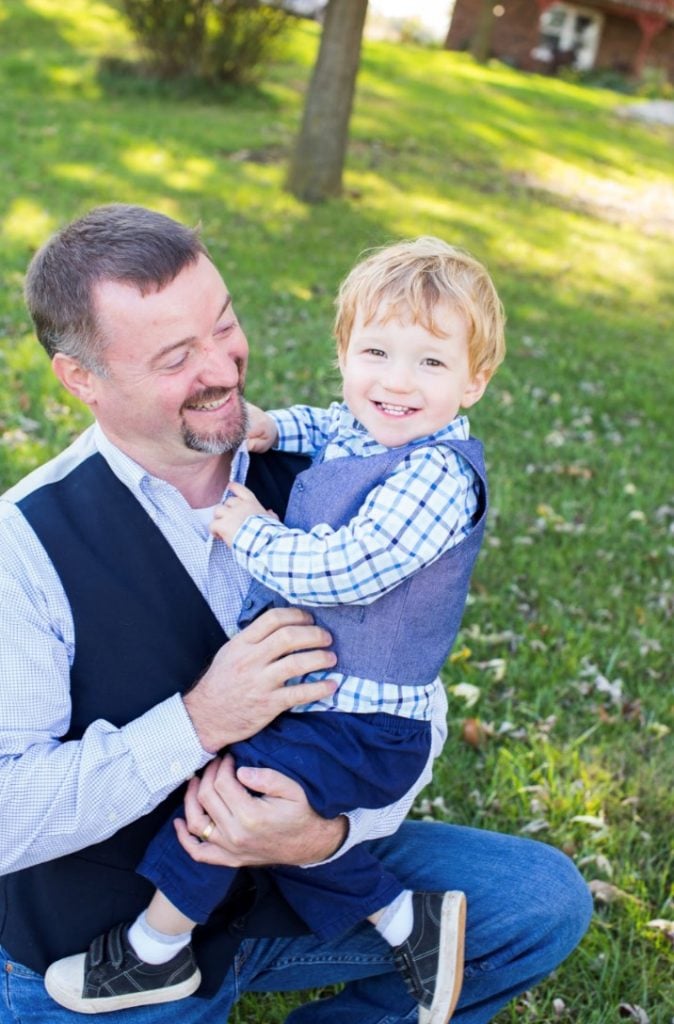 Adam was born and raised on a diversified farm in Liberty, Illinois. As a fourth-generation farmer, he grew up watching his parents and other family members grow crops and livestock on their now 160-year-old farm. But Adam’s family also valued education, so when the time came to choose between staying on the farm and going to college, they urged him to pursue his degree. He explained:

“I always enjoyed production agriculture and farming, and I knew I wanted to do something with it in the long-term. But I also had an interest in engineering. I knew firsthand that farming life is unpredictable, and I needed an education to fall back on.”

So Adam moved across state to attend the University of Illinois, a land grant institution with one of the top Agriculture Engineering programs in the country. When he graduated in 2000, he was quickly offered a position as a Design Engineer for Caterpillar in Aurora, Illinois.

In 2006, Adam transferred to North Carolina, where he met and fell for a certain fiery redhead, Lucinda (Read their love story and how Moink got its name here!), who also grew up on a Midwestern farm. First came love, then came marriage, and you know the rest! When Lucinda found out she was pregnant with their second child, the Cramseys decided it was time to move closer to family, so back to Illinois they went. 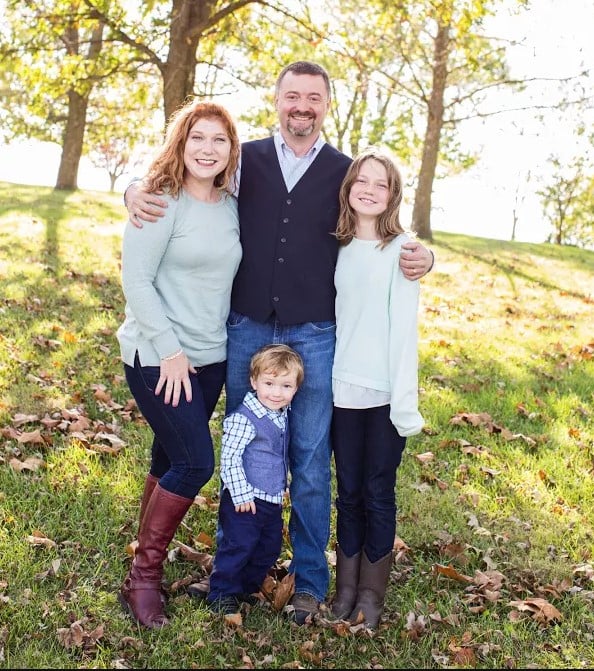 Gettin’ Piggy With It

All during this time, Adam just couldn’t shake his dream of running his own farm. So when a 134-acre dirt farm came up for sale in Lucinda’s hometown of La Belle, Missouri in 2014, the couple jumped at the opportunity. “Farms like that don’t sell very often,” Adam explained. The average family farm sells once per generation, or every 30 years or so, so we cashed out our life savings and grabbed it up to put ourselves onc step closer to becoming full-time farmers.”

You can’t launch a sustainable farm overnight, so Adam commuted back and forth from Illinois to La Belle for three years as they transitioned their new land from a conventional farm to an organic operation. Lucinda moved to La Belle full-time in 2016, while Adam continued to make the 4 hour drive each weekend to while maintaining his career at Caterpillar during the week.  Finally, Adam was able to make the move and official career jump the next year.  “It was a hardship, but land that has been treated with herbicides takes time to recover,” Adam said. “We wanted to take our time and start small so we could eventually farm in a financially and environmentally-responsible way.”

In 2017, the Cramseys were all together as full-time Missourians and they poured their energy into raising their cedar hogs. Adam set out to grow the animals in the most humane and responsible way possible, even if it meant more time and effort. He recalled:

“We raise them the way they did way back when, before there were confinement buildings and genetically-modified feed and other shortcuts that harm the animals and the land. We let the hogs live like hogs, rooting around in the dirt and with freedom to forage in the shaded woods. We supplement with a high-quality non-GMO feed, but at the end of the day, the pigs get to decide exactly what they eat.” 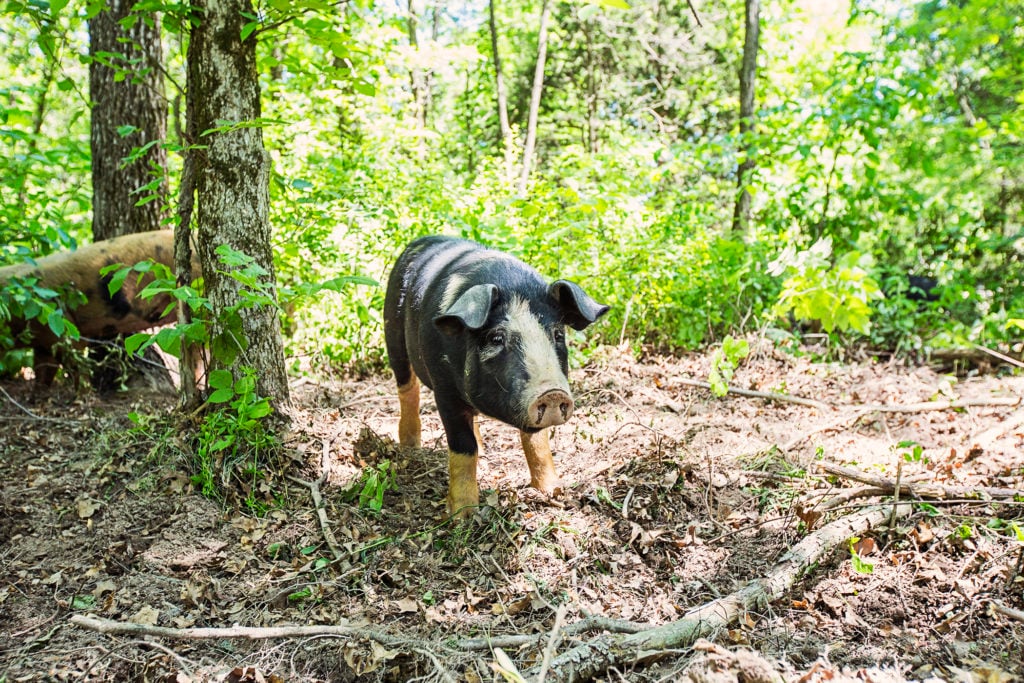 A Commitment To Quality Over Quantity

When it came time to process his first batch of hogs, Adam wanted to make sure the humane treatment continued, so he partnered up with a small, local facility with a like-minded mission. The years of forethought and hard work finally paid off in the final product. And it didn’t hurt that the rave reviews about his bacon and breakfast sausage immediately started rolling in! “When a pig lives a happy life, the difference in taste is amazing,” said Adam. “Once people experience high-quality pork, the store-bought options pale in comparison.”

When the Cramseys launched Moink, Adam was thrilled to be able to deliver his humanely-raised pork right to customers’ doors, and to help create a market for other small family famers with a similar vision. “We think people deserve to know what’s really in their food, and to have the freedom to choose what kind of meat they feed their families,” he said.

Adam’s farm has now grown to accommodate about 30 hogs at a time, and his long-term plan is to add in chickens, sheep and cows as well as crops, just like the diversified farm he grew up on. 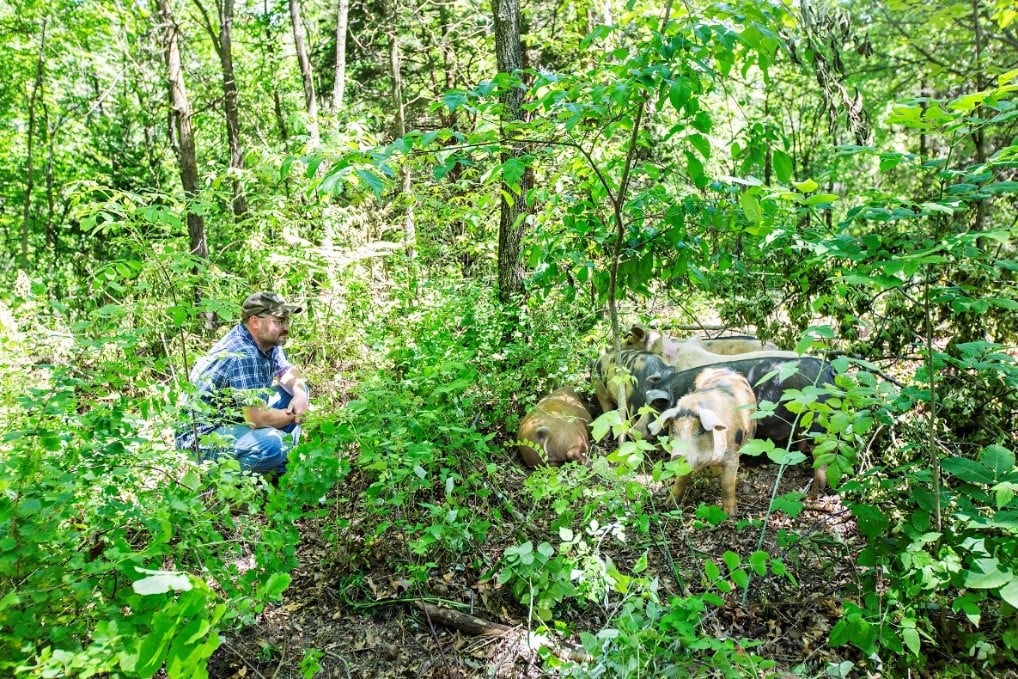 “It’s been a wild ride, but an enjoyable one.” Adam reflected. “We’re learning and making modifications as we grow. One day I’d like to raise 200 hogs a year along with other livestock, but I want to expand without overburdening the land or sacrificing the health of the animals. It gives me such a proud feeling to know I’m raising them right and taking good care of the environment.”

Are you ready to taste Adam’s exceptional-tasting pasture-raised pork for yourself? You won’t be disappointed! Order your Moink box today!