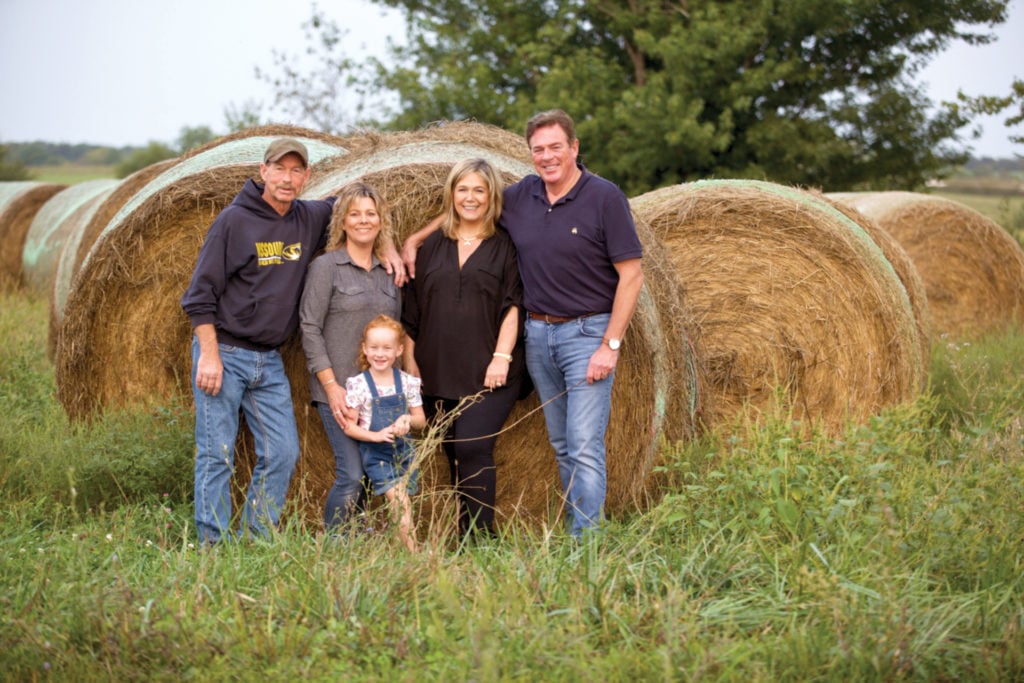 At Moink, our farmers are like family. Moink is farmer owned, and we love introducing you to the men and women who compassionately and skillfully raise our animals.

If you were to drive by the 340 acres that comprise the Steele family farm—which sit just off a rural county highway in Missouri—you might not think much of the thick stand of bur oaks resting along the creek. You probably wouldn’t notice the catfish-filled ponds surrounded by cattails. Or the sweet purple prairie clover sprouting up in once-tilled fields of rolling hills.

You might drive by and think that everything between the fence line along that highway and the last hill you can see over the western horizon isn’t much. But to one family, it’s everything.

Philip Steele grew up here. He watched his father, Virgil, buy land and cattle as he could afford it—building a family farm like a patchwork quilt. His mother, Helen, was a retired schoolteacher who raised five children and tended a one-acre garden. (She evenhad room for three peach trees, which she’d harvest every year to make inimitable canned peaches.) Virgil raised Herefords, Charolais, and Angus cattle—teaching Philip everything he knew about keeping the cattle healthy, keeping the tractors running, and keeping his word.

So when Philip promised his father that he would preserve the family farm for a new generation, he meant it. He kept it when land prices rose and personal finances sunk. He kept it when his daughter—me, Lauren—moved out West and wasn’t around to offer a helping hand anymore. He kept it even when a tornado swept through like an angry giant with a hammer in 2009, ravaging all of the outbuildings his father, uncles, and brothers had built–along with tearing up too much fencing for him to rebuild in a lifetime.

When Darren and Gigi Draper, Philip and Debbie’s nephew and niece (and contemporaries, thanks to unconventional birth orders in the family tree), asked them if they would want to start a free-range, organic chicken farm together, it seemed like a wild dream. But Darren and Gigi are great at those. In the late ’90s they picked up their two young children and packed all of their belongings to start a business in Puerto Rico, even when those close to them said it was a foolish idea. It wasn’t—or if it was, they turned it into a beautiful experience that entailed making lifelong friends, finding a love for a new culture, and building businesses that could thrive. And Gigi figured if they could do it in 1998 on an unfamiliar island, they could do it again now with their family on the land they were raised on. 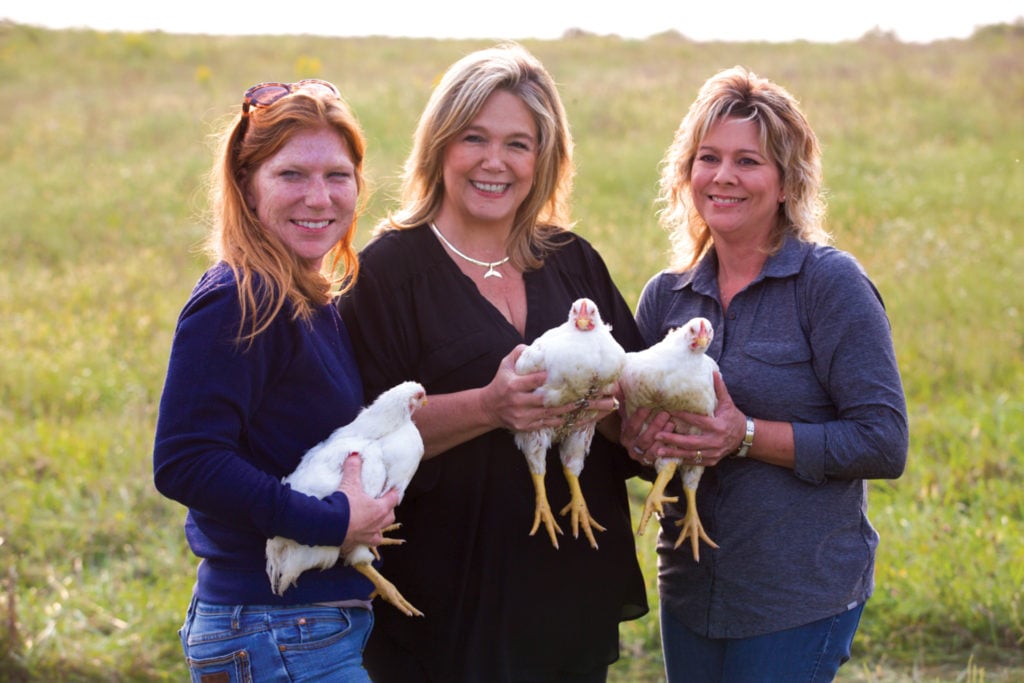 Sure, it may seem like a lifelong farmer could easily raise chickens after years of raising cattle. Chickens are smaller, slower, and certainly don’t eat as much, right? Well, it’s not so simple. Asking a cattle farmer to start raising free-range chickens is like asking someone with a doctoral degree in mathematics to perform an open-heart surgery. Just like there are different types of doctors, there are also different types of farmers.

But Darren, who has been Philip’s best friend ever since he helped his younger uncle break out of his crib at naptime when they were just toddlers, had some much-needed experience up his sleeves. Darren grew up on a 240-acre farm, just a few miles away down some gravel roads, where his father Darrell and his mother Kathy raised turkeys. Today, the Draper farm proudly holds the distinction of being a century farm, meaning that the Draper family has owned and operated the farm for more than 100 years. His experiences raising poultry both informed what the team needed to do (and not do) to be successful. “I remember loading 20,000 turkeys into semi-trucks for Butterball when I was just seven years old,” he recalls. “That was my memory of the poultry business, but that’s not at all what our farm is all about.”

So all together, Gigi, Darren, Philip, and Debbie have learned how to raise free-range, organic Cornish Cross chickens. When their first batch of 1,400 chicks hatched, the entire family–kids and grandkids included–joined in to teach the kids how to set up the brooder heaters to keep the chicks warm and healthy in their first few days of life and the chicks how to find water to drink. “We’re on the floor of the coop with our kids and grandkids loving on each chick and making sure they are healthy, warm, and know how to find fresh water,” Gigi says.
They knew the chicks would grow fast–Cornish Cross chickens reach maturity at just a mere eight weeks of age–but when the birds swapped their fluffy yellow down for adult white feathers and started venturing around the field in only a couple of weeks it was a happy surprise to everyone. Philip begins every morning with a new routine: check the chickens as the sun rises, make sure they have enough food and water, and move the coops with his tractor to a new area of the field. This allows the chickens to feast on bugs and that sweet purple prairie clover that both he and I used to run through when we were kids being raised at different times on the same plot of land.

The eight weeks goes by fast, but so much happens between the day those chicks hatch and the day a Moink chicken from this little farm in Missouri ends up on your table. “We give them the best care and conditions possible, truly a life that’s worthy of their sacrifice,” Debbie says. “When that product arrives on your table, you can rest assured it’s been infused with love from day one, and it’s the highest quality you could ever get.”

Turns out, cattle and turkey farmers can indeed become chicken farmers–darn good ones at that. And turns out, this family farm is up and running for the next generation–just as Philip promised his dad it would. 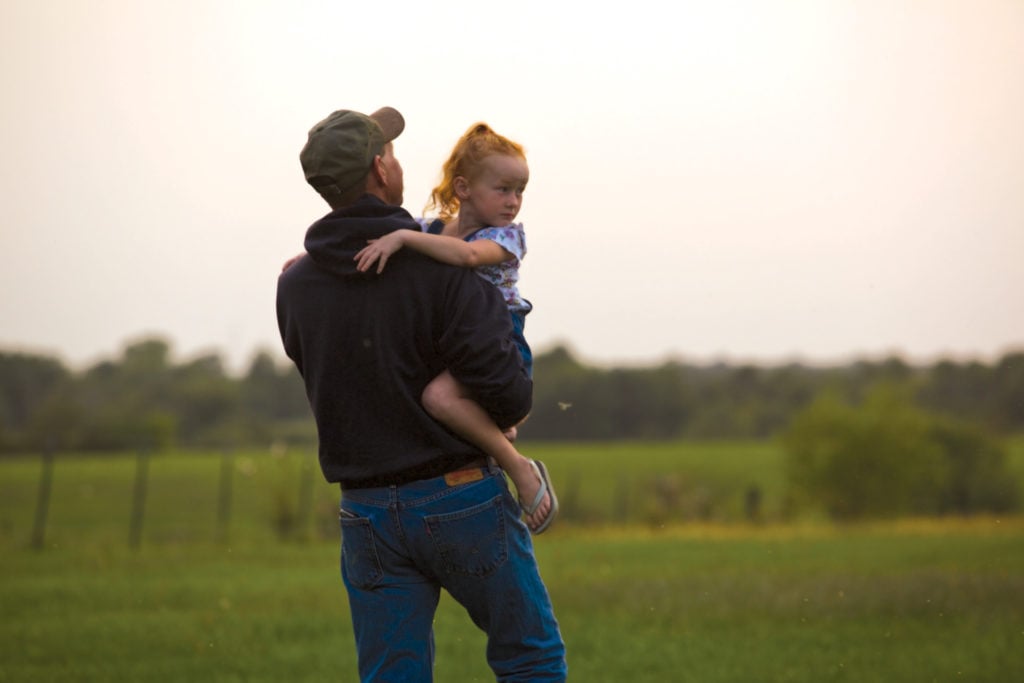 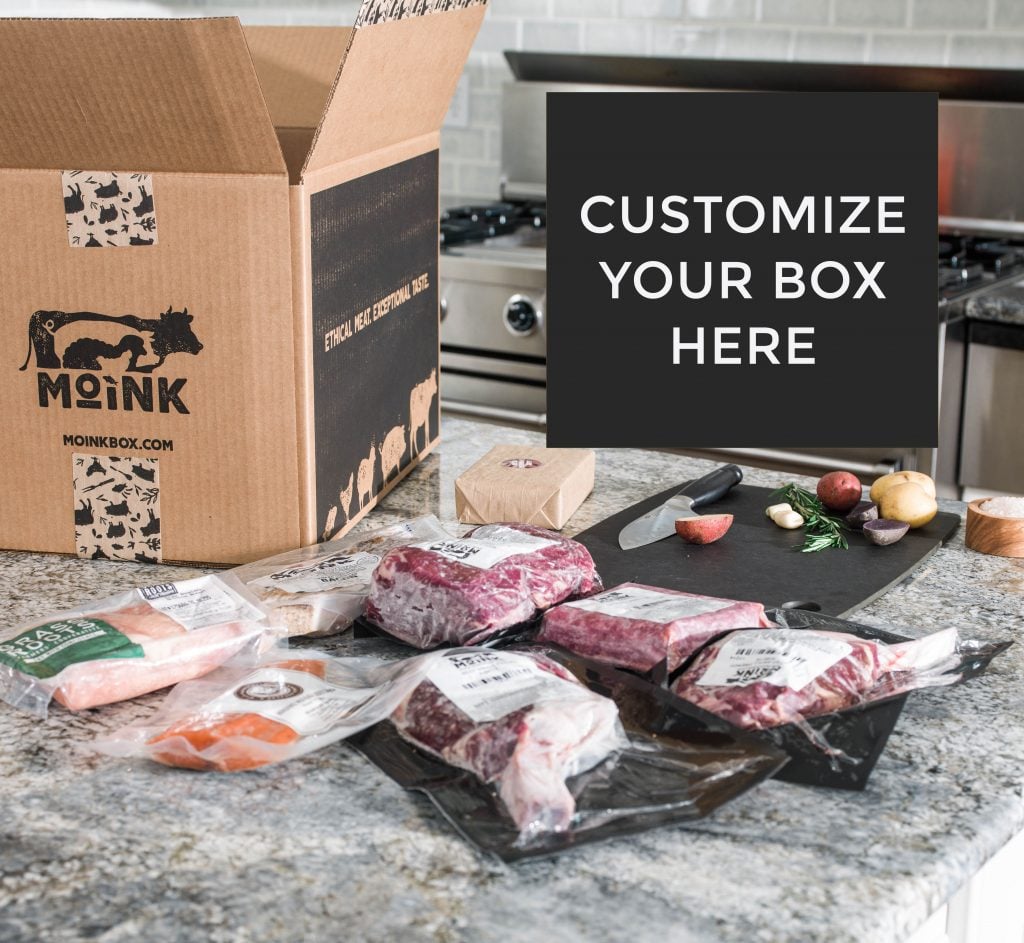