I have known for nearly two weeks that I would be on tv this evenin’ but was hesitant to share that with y’all. Why? Well, I guess you could say I had a confidence crisis. Go there with me for a minute and let me pull back the curtain and give you a raw look at what has really happened these past 6 months. 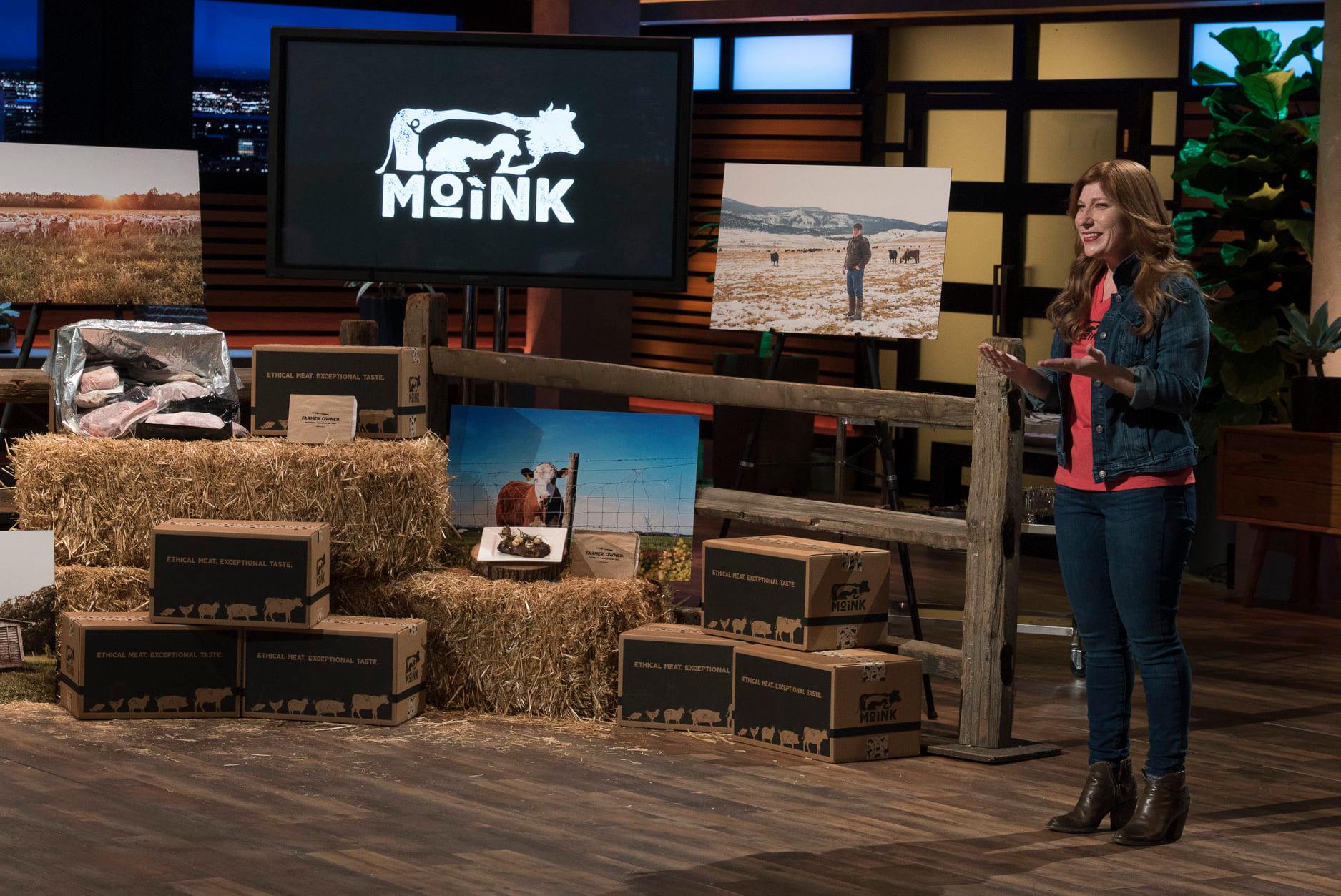 I come from a long line of strong females. One could even argue that my own mother is made of solid sheet of steel, so I know how to fight for what I believe in, and I am no stranger to hard work. But how do you stand up to the naysayers in your own head?

I wish the road to success was paved with glitz and glam and sanity. But it’s not. In fact, it’s not even a paved road. And sometimes when you’re in the trenches of building a business it’s hard to see how far you’ve come, how much of the long row you’ve already hoed because you’re too busy playing whack-a-mole to take stock of where you’ve been. I know what the numbers say and I know on paper we’ve made strides but I also have seen just how far we have to go. And it is hard to say, “Look at me. See how far we’ve come. Look at the progress we’ve made” when you feel like the work you have done is merely a drop in the bucket compared to what is left to do.

I have seen, and lived, firsthand, the struggles of the family farm. I have watched my neighbors and my own family members work from sun up to sun down on their farms, and through no fault of their own, not be able to make their farm payments at the end of the year because the market is stacked against them. Because a handful of companies here in the US control the market. I have personally felt the pangs of hunger as a child because after my father died my mother struggled to hold onto our family farm. So ya, this is a very very personal fight for me. I created Moink for a very simple reason- because I believe that a farmer should make an honest day’s pay for an honest day’s work and to give consumers access to high-quality meat from our family farms. And looking back, I realized that before Shark Tank I was fighting for the opportunity to be heard (which if you watched the episode I’m sure you saw my sass and that is where that came from!). On March 10th, 2019 that opportunity was handed to me… America heard my story and they responded in droves. They rallied behind Moink and the family farm and all a sudden I went from fighting for an opportunity to be heard to being scared out of my mind that I might fall. You see in life I believe the only thing you get to ask for is an opportunity and when you are given an opportunity then it becomes a personal responsibility to grab that bull by the horns and get er done.

The first major test of my character came a few weeks after my episode aired. The chicken. We ran out. Now, I could have gotten chicken from another source and it would have all the labels that consumers like but it was processed in a facility that uses bleach. Now, my consumer wouldn’t know BUT I would know and at the end of the day, I decided I like to sleep at night so I wouldn’t do it. I just made people wait. And yep, folks was mad. Real mad. It’s all fun and games until you mess with someone’s chicken dinner. Just sayin.’ But, I stuck to my guns. No amount of pressure was worth losing my values over. At the end of the day, we got through it.

Next FedEx made a mistake and didn’t load our boxes the week of the 4th of July and therefore they weren’t delivered. OH SNAP! What could I do? The only thing I knew to do. Step right up and fess up that we had a mess up and take the hit and re-ship all those boxes. Folks was fussy but we got through it.

Then, we moved warehouses because we had outgrown our first one. Again, problems. First week we had so many packing mistakes I didn’t think we’d have any customers left and those that we didn’t mess up on packing had an issue with the dry ice (it wasn’t cut to our specs and therefore there wasn’t enough of it in some of the boxes which meant we had thawed boxes). But same as before- we had to step up and fess up where we messed up, do the best we could to make it right with customers and keep moving forward. Somehow, we got through it.

The first month or so after our episode aired folks was nice to us. People sent us words of encouragement and supported us. I wish I would have knocked on wood when at the time I said, “Look, it ain’t as bad as thought it was going to be. Y’all had prepared me for massive haters and that hasn’t happened.” Oh, it happened alright. Once we started doing advertising, we had all sorts of trolls come out of the woodwork. You wouldn’t believe just how much time people must have and the venom and hate they spew on the internet. We have also had conventional farmers reach out to us thinking we are hating on them because they don’t raise animals or farm the way we do or meet Moink standards (which by the way, we don’t hate other farmers. That’s about like hating the sweatshop worker for the sweatshop. We hate the system that keeps the farmer down, but we do not believe in farm shaming.)

“Quack quack, off a duck’s back,” is now our favorite saying around here. We repeat it to ourselves when folks come in hot at us. Which they do, daily.

And all those struggles are minor compared to the emotional battle we have fought. You see, after our episode aired we had HUNDREDS of emails from other farmers across the country sharing their plight and their struggle. And for Jody (my sister-in-law and Moink customer Service) these were what cut to the core because to us these are personal struggles we, ourselves, have felt. And I made a promise that somehow and someway I would eventually get to every single one of them. I am a woman of my word so do or die tryin’ I’m gonna get er done. BUT it hasn’t been easy. It is a complicated process to get new growers into our network. Each species has its own challenges and supply chain, and it takes time to sort that out. I spent months trying to fold in a new lamb grower (a multi-generational farm) and when I was finally able to call and tell them we were able to buy every lamb on their farm, what did they say? “We’re sorry. We sold the farm. We just couldn’t make it work.” I was too late. I got off that call and dry heaved. I felt like a failure. So what did I do? Dig deep and get up and try again. Work harder because at the end of the day that’s all we can do. You get knocked down and you get up and go again.

So when you watch tonight’s episode, watch it through the lens that I will. The lens that says Moink isn’t about me. It’s about the people that stand in my corner… the giants whose shoulders I have stood on. You see as Newton once said “If I have seen further it is because I stood on the shoulders of giants.” Those giants? Jody, who is on the front lines of Moink. My family, who has time and again got in the trenches with me to make this business work. The farmers of Moink that work so hard to put food on your table, my community that provides a safe harbor for the hecticness of fame (shout out to rural America and the fact that everyone is famous in a small town). Jamie, who has been a better investor than I could have ever imagined…a true pit bull in our fight for the family farm. And lastly, but DEFINITELY not least – Moink’s customers and the American Public for standing shoulder to shoulder with us. You are the reason we have this opportunity and for that you will always have my enduring gratitude. I hope I do you proud. 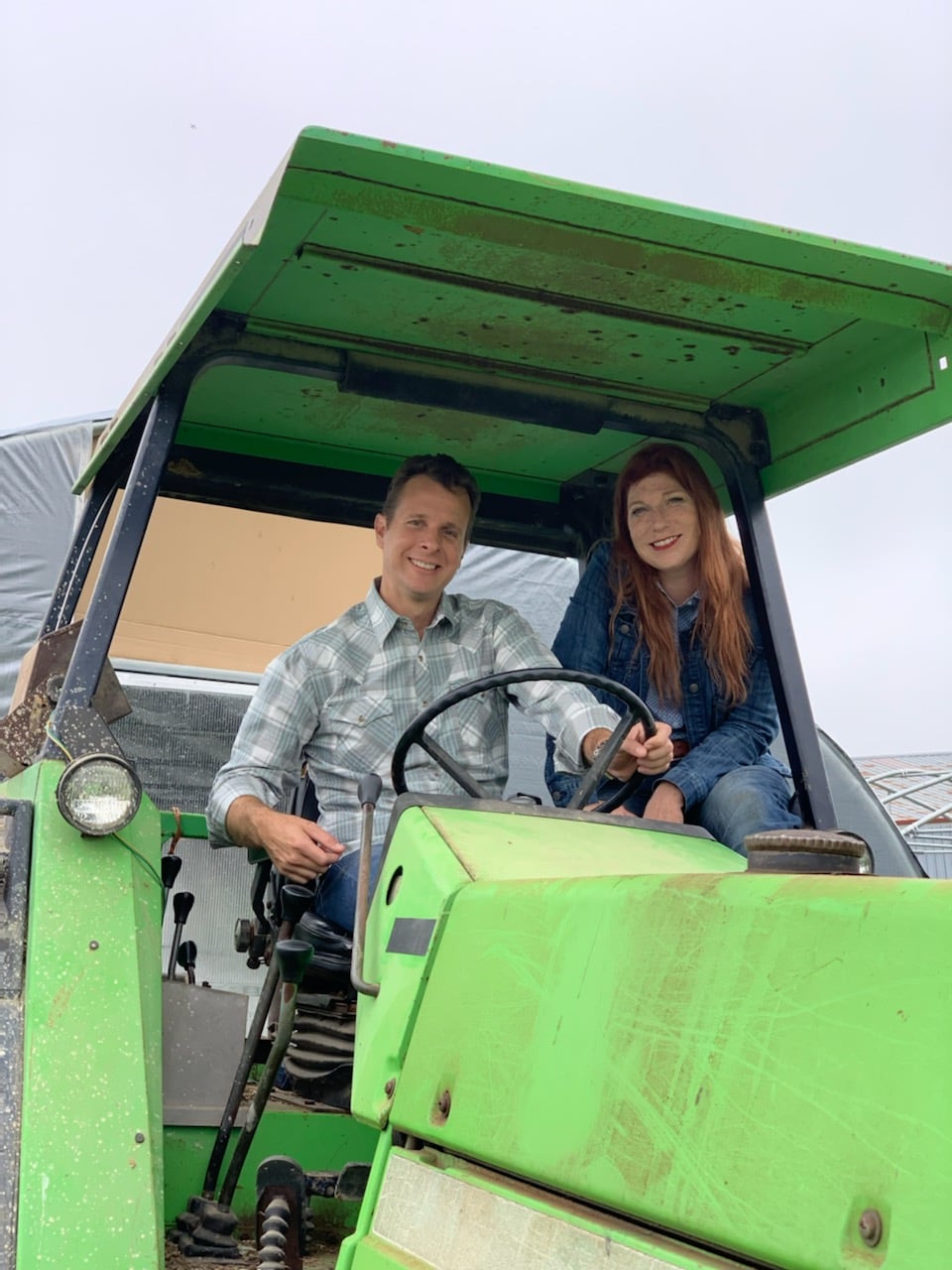 In closing, for those that might be fighting your own battles in life or business. I hope you will tune in this evening and that my journey will be one that inspires you because if me… little ol’ me, ill-educated, rough around the edges, hailing from a town of 600 can come up swinging for something I so passionately believe in then so can you, my friends. So can you. I leave you with our company motto: “Get in the Arena.” A homage to the quote from Roosevelt. And yes, when he talks about those critics… he even means the ones in your own head.

“It is not the critic who counts; not the man who points out how the strong man stumbles, or where the doer of deeds could have done them better. The credit belongs to the man who is actually in the arena, whose face is marred by dust and sweat and blood; who strives valiantly; who errs, who comes short again and again, because there is no effort without error and shortcoming; but who does actually strive to do the deeds; who knows great enthusiasms, the great devotions; who spends himself in a worthy cause; who at the best knows in the end the triumph of high achievement, and who at the worst, if he fails, at least fails while daring greatly, so that his place shall never be with those cold and timid souls who neither know victory nor defeat.”