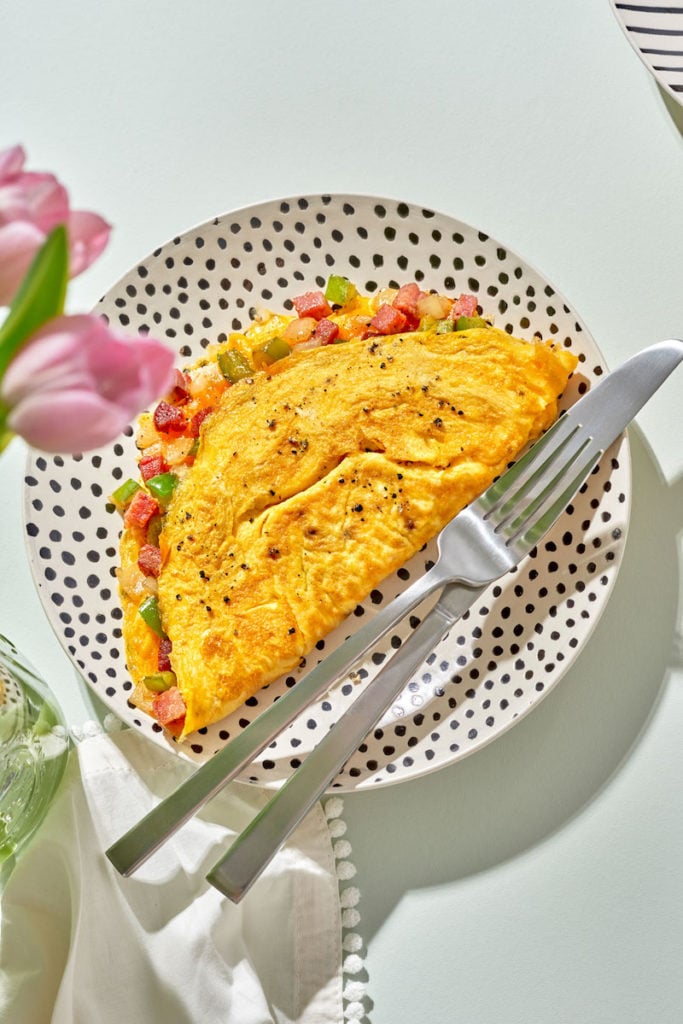 Nothing says weekend brunch better than a jam-packed omelet. We went old school with this recipe and made the ham, peppers, onion, and cheese-filled classic.